Donald R. Love, Sr. graduated from the University of Southern California in 1955 from the School of Finance with a major in Insurance. Don also married Joyce Mason in 1955 and they were blessed with four children. Don went to work as an agent for Aetna in 1956 before joining Prudential and Zurich. In 1964, Don and his business partner formed the Atkins and Love Agency representing Sovereign Life Insurance Company. Don was a pioneer in Life Insurance Brokerage in Los Angeles.

In 1977, Don and Joyce moved the agency to Santa Barbara, California where they created an Independent Brokerage Agency called Don Love CLU Agency, Inc. The office was eventually moved to Los Olivos, California in the Santa Ynez Valley where it is today. Don and Joyce retired in 1996 and the business continues with their son, Mike Love. 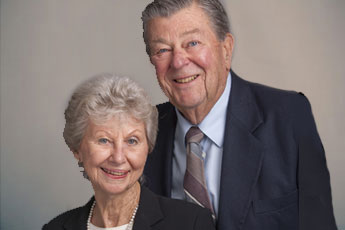